Applications for a new driver’s licence number from Optus customers will cease on 1 March 2023.

Applications for a new driver’s licence number from Optus customers will cease on 1 March 2023.

In 2015, The Department of Transport (DoT) reconfigured the coastal structures at Port Geographe.

DoT has an ongoing responsibility for the performance of the reconfigured coastal structures and provides coastal monitoring, management and maintenance of the Port Geographe Coastal Management Area, which includes the:

In 2020, a Technical Working Group provided a report with recommendations to reduce seagrass accumulation and erosion within the Port Geographe Coastal Management Area.

Following community consultation, the recommendations were incorporated into a management plan that includes ongoing:

The plan also outlines responses to unwanted sand and wrack movement or accumulation, including: 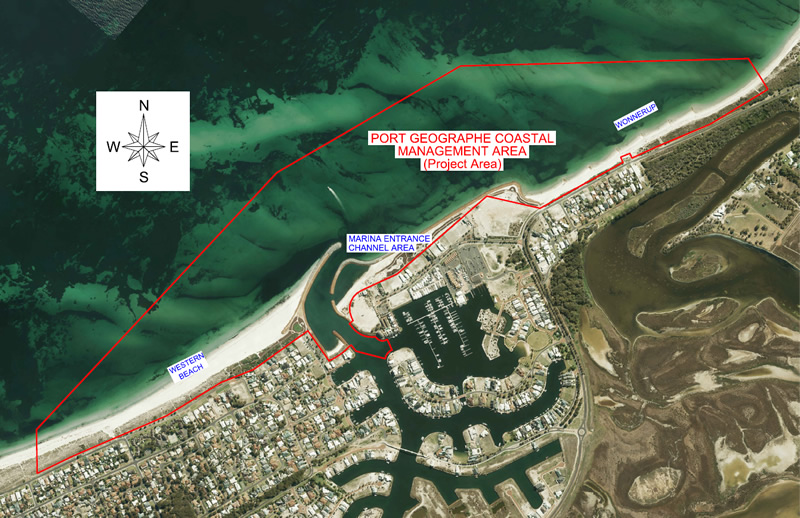 In 2015, DoT reconfigured the coastal structures at Port Geographe to reduce erosion and seagrass accumulation.

In 2019, DoT and City of Busselton representatives met with Port Geographe residents to discuss concerns about the performance of the coastal reconfiguration.

During this meeting, DoT and the City agreed that a technical working group should be established.

In early 2020, DoT established a Technical Working Group, which included an independent consultant and 4 technical experts with knowledge and experience at Port Geographe.

The TWG provided a technical review on the performance of the reconfigured coastline at Port Geographe that recommended:

DoT released the draft recommendations to the public for feedback.

This feedback played an important role in shaping the final recommended actions.

The recommended actions were incorporated into a management plan to be implemented over the next 5 years.

The artificial waterways are primarily used for boating and are not recommended for swimming, except for 4 beach areas, which are highlighted in green on the map below.

Swimming is not permitted in:

Areas where swimming is not permitted are highlighted in red on the map below.

DoT does not recommend eating any seafood caught in the artificial waterways. 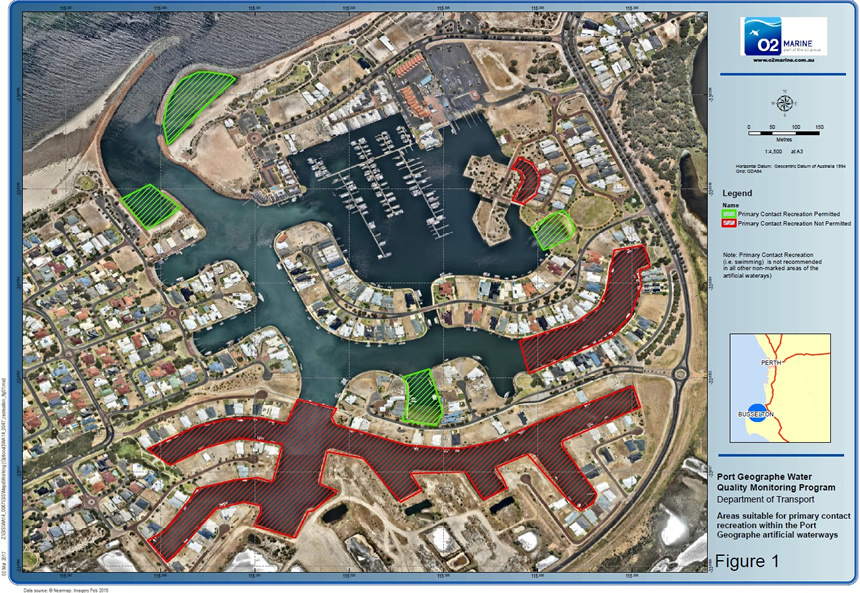 Areas in the artificial waterways where primary contact is permitted, not permitted and not recommended.

In 2014, the Office of the Environmental Protection Authority issued the Ministerial Statement 990 to identify and guide DoT’s management of the reconfigured coastal structures, entrance channel and adjacent beaches at Port Geographe.

The Port Geographe Coastal Structures Environmental Monitoring and Management Plan (EMMP) was developed to align with the environmental requirements in Statement 990.

DoT is required to provide an annual Statement of Compliance.