3/12/2021: Network outage at all Driver and Vehicle Services Centres and Regional Transport Centres.

In October 2020 as part of the $5.5 billion WA Recovery Plan in response to the COVID-19 pandemic, the Department of Transport (DoT) was allocated $9.69 million to replace Woodman Point Jetty.

The Woodman Point Jetty, also known as the Ammo Jetty, was originally constructed in 1903 for loading and unloading explosives. The jetty was opened for public access when the explosives magazines were closed in 1984.

Located within the Woodman Point Regional Park, approximately 9 kilometres south of Fremantle within the City of Cockburn, the jetty is one of the most used jetties in the Perth metropolitan area and is an important part of the coastal landscape south of Perth.

The surrounding beach and the existing jetty are popular for swimming, fishing, snorkelling and scuba diving. The adjacent John Graham Recreation Reserve is also popular and provides picnic and public amenities.

Sadly, the jetty is well beyond its intended life. The age and deterioration of the structure has seen the allowable load weight on the deck reduced over time. If the jetty isn’t replaced there is a risk of its collapse.

The purpose of the new jetty will be to provide all community users a safe recreational facility and like the current jetty, the new structure will not be designed for or used by motorised vessels. 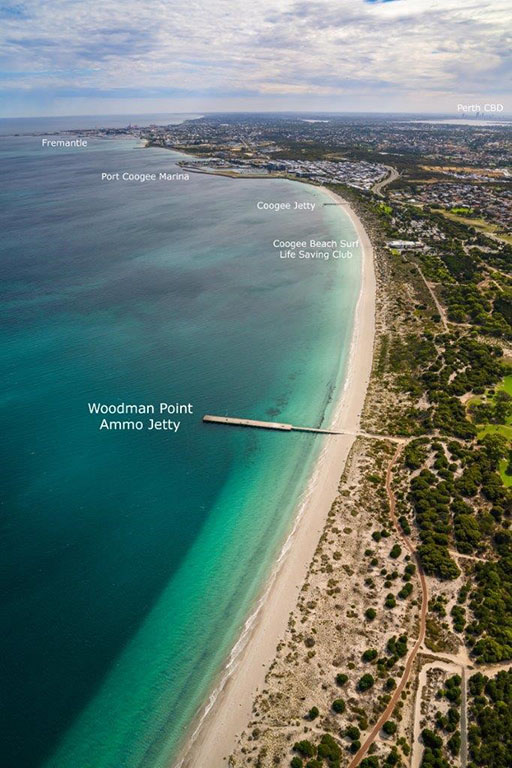 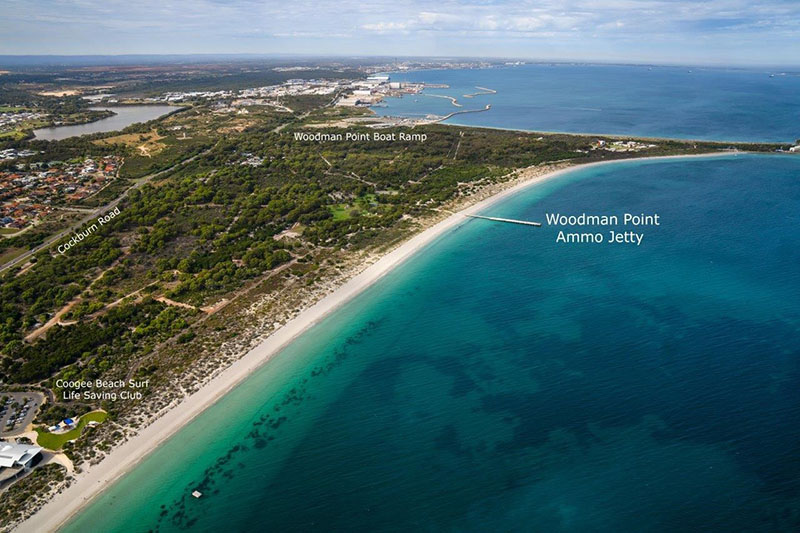 DoT has been tasked with delivery of the jetty project and has commenced the planning, consultation and design phase of the project. The project team initially engaged with a significant number of stakeholders to obtain their views on the replacement of the jetty.

The old jetty deck will be demolished but its concrete piles, installed in 1939, will remain due to the site’s significant heritage and popularity as a dive site in the metropolitan area.

During August/September 2021, DoT sought input on the concepts from all community users. More than 1,000 responses were received from the broader community during this phase of the project and DoT is now using the information provided to work on a final concept design for the new jetty.

What is the Woodman Point Ammo Jetty project?

The Woodman Point Ammo Jetty is popular for swimming, fishing, snorkelling and scuba diving but is well beyond its intended life.

The project will see the demolition of part of the existing jetty and construction of a new jetty, with the purpose of providing all users with a safe recreational facility.

The old jetty will be demolished but its concrete piles, installed in 1939, will remain due to their significant heritage and popularity as a dive site.

Like the current jetty, the new structure will not be designed for or used by motorised vessels. In October 2020 as part of the $5.5 billion WA Recovery Plan in response to the COVID-19 pandemic, the Department of Transport (DoT) was allocated $9.69 million to replace Woodman Point Jetty.

Why is a new jetty needed?

Unfortunately, the jetty is well beyond its intended useful life. The age and deterioration of the structure has seen the allowable load rating of the deck reduced over time, but it continues to be one of the most used jetties in the metropolitan area.

The Woodman Point Jetty is a greatly valued piece of coastal infrastructure for its unique heritage and a place that is enjoyed by swimmers, fishers, snorkeller and scuba divers.

By retaining elements of the old structure, the new jetty will provide a new, safe structure that will continue to be enjoyed by the community and have lasting benefits.

Was there consultation with users for the development of the 3 concepts?

Yes. In March 2021 the project team engaged with users face to face on site to get their views on how the jetty should be redeveloped. There was also targeted engagement with the scuba diving and fishing and other coastal communities between April and June 2021. That consultation has directly informed the current concepts.

A working group comprising DoT, Department of Biodiversity, Conservation and Attractions (DBCA), Fremantle Port Authority, Department of Primary Industries and Regional Development, the City of Cockburn, Fishability and Recfishwest has been formed to provide input and guide the project.

What are the common features in all concepts?

Several design elements are common to all concepts and will be included in the final design of the new jetty. These include better lighting, rubbish bins, a swimming platform, access ramps to the water, retention of the marine biota on the existing piles, emergency access ladders, vehicle pick-up and drop-off zones, some shelters with seating and shade and required safety equipment.

Will the new jetty be as long as the current one?

Yes. The design concepts include variations which show the jetty at its current length and also as a longer jetty. However, jetty width is also a consideration, and the concepts include a variety of wider and longer concepts.

How is the local environment being considered?

The environmental impact of the project is expected to be relatively small. However, there are sensitive environmental factors that have been considered in the concept development. The marine biota surrounding the existing concrete piles is well recognised and all concepts include shading over the piles as protection. Seagrass adjacent to the jetty will also be protected as much as possible during construction, and the continued restriction of motorised vessels operating in the area will help to maintain the existing marine environment.

With regard to flora and fauna on the coastal strip, whilst some clearing to deliver the project is required, significant effort is being made to minimise this.

Will the new jetty cater for boats?

Like the current jetty, the new structure will not be designed for or used by motorised vessels. Kayaks and small unpowered dinghies may use the jetty for landing.

Will the jetty be closed during construction?

This will depend on the final design. For each of the current concepts either partial or full closure of the jetty would be required during the construction phase.

The long term benefits of the project significantly outweigh the short-term inconvenience during its construction.

Will I have a further opportunity to comment on the design?

DoT welcomes feedback at any time via email.

When will the jetty be built?

Construction will commence following completion of the detailed design approvals and a tender process.

What approvals are required?

A development application will be sought as well as environmental approvals and heritage approvals.

How long will construction take?